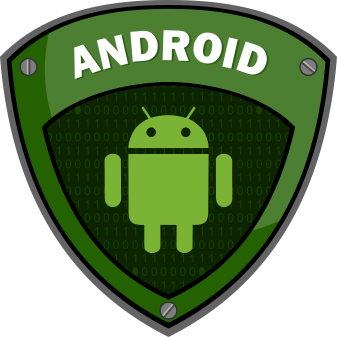 Android Security and Exploitation for Pentesters

Android Security and Exploitation for Pentesters is a course intended for people who want to get started into Android Security, or even who are a bit familiar with the Android security space but want to learn more about Android Application Security. This is a hands-on course where you will get to reverse applications, find security vulnerabilities, perform debugging and API hooking, use tools like Androguard and Droser, and a lot more.

The course takes example of real world applications, as well as custom made vulnerable applications to give you an in-depth view of the security issues in Android applications. Once the course is completed, you should be able to take any android application, tear it apart and identify vulnerabilities in it. It will also serve as a really good starting point, if you want to dig deeper and research more into Android Security.

The course is equally useful for security researchers, pentesters as well as Mobile Application developers. The training course has been previously run at a number of international security conferences all over the world, and has been highly well received.

A non-exhaustive list of topics to be covered include:

You can find out more about which cookies we are using or switch them off in settings.

This website uses cookies so that we can provide you with the best user experience possible. Cookie information is stored in your browser and performs functions such as recognising you when you return to our website and helping our team to understand which sections of the website you find most interesting and useful.

Cookies are small pieces of text stored on your computer when you visit almost any website. Companies use them to:

We also use social media buttons and/or plugins on this site that allow you to connect with your social network in various ways. For these to work the following social media sites including;

will set cookies through our site, which may be used to enhance your profile on their site or contribute to the data they hold for various purposes outlined in their respective privacy policies.

Strictly Necessary Cookie should be enabled at all times so that we can save your preferences for cookie settings.

If you disable this cookie, we will not be able to save your preferences. This means that every time you visit this website you will need to enable or disable cookies again.

We respect your privacy and are committed to providing you with the information and tools you need to manage your cookies.

This is the minimum requirement to ensure that our website is secure, performs as expected, and displays information in the correct format. Without these cookies, we’re unable to provide this website to you.

This level includes essential cookies, plus those used for tracking the performance of the website and counting in-bound traffic from marketing campaigns. They enable us to improve segmentation and personalise your user journey.

This level includes essential and moderate cookies, plus those used for analysing the way you use our website. They enable us to serve you relevant product ads on social media and advertising networks.